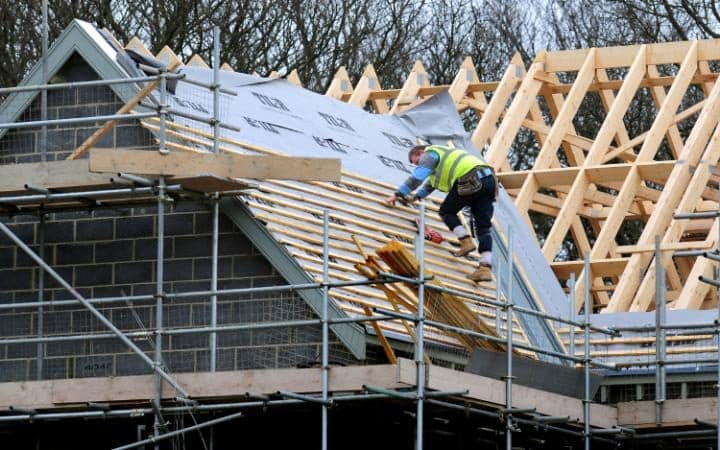 Thousands of new homes to help first-time buyers on to the property ladder will be built on brownfield land, Theresa May will announce on Tuesday.

In her second big housing pledge in as many days, the Prime Minister will announce support for people aged between 23 and 40 to buy their first homes by helping 30 areas around the country to unlock land to build on.

The new homes will be started early this year and be available to buy from 2018, ministers have said. The housing will also help to reinvigorate town centres through new investment and development of green spaces.

Mrs May has promised to focus her efforts as Prime Minister on helping those who are “just about managing” to make ends meet, and those who are struggling to get on the property ladder or save enough for a deposit.

Announcing the starter homes package today, housing minister Gavin Barwell will say: “This government is committed to building starter homes to help young first-time buyers get on the housing ladder.

“This first wave of partnerships shows the strong local interest to build thousands of starter homes on hundreds of brownfield sites in the coming years. One in three councils has expressed an interest to work with us so far.”
Watch | New garden villages could provide 48,000 homes
01:10
The homes will be given financial support from the Government and will be sold by developers at a 20 per cent discount to help young people who have saved to get a mortgage.

Thirty new partnerships with local councils will be announced on Tuesday, chosen for their potential for early completion. Many more authorities applied to the fund for help to develop brownfield sites and 71 have already received investment.

But John Healey, Labour’s shadow housing secretary, said: “These so-called ‘starter homes’ are a symbol of the Conservative record on housing.

Liverpool is one of the councils which has won funding for new homes
The £1.2 billion Starter Home Land Fund, which was established in April last year, is designed to support the  “acquisition, remediation and de-risking” of land suitable for housing around the country, ministers said.

Councils, including those in Liverpool, Plymouth, Worthing and Blackpool, and the City of London, have made successful bids.

Roger Harding, a director of housing charity Shelter, said: “Efforts to build more homes are welcome but these starter homes are only likely to benefit people who are better off and already close to buying.

“Sadly they will do little to help the many millions of people on middle and low incomes who need somewhere genuinely affordable to buy or rent long term.”

He said the new homes should be in addition to, but should not replace, other affordable housing.